Irrigation is the base of agriculture and farmers use different methods of watering. The ways of irrigation have undergone major changes over the past few decades. The conventional methods were less efficient and effective. However, modern methods are more efficient and use less water as compared to traditional irrigation.

The most common method of watering the crops is drip irrigation. Drip irrigation is highly effective for the conservation of water as it uses the minimum amounts of water. The drip irrigation systems are of two types. One supplies water near the roots of the plants while the other consists of spray heads that are a few feet above the surface of the soil.

The drips spray the water on the soil near the roots of the plants. The roots absorb the water from the ground due to which the rate of evaporation is minimum that leads to less wastage of water.

The plastic pipes having holes or drips are fitted into the field, and the water deeps drop by drop into the soil near the roots of crops. Hence the name of the method is drip irrigation. Drip irrigation is highly effective in saving water.

However, the water should be clean; otherwise, the dirt or debris can clog the holes in the pipes that reduce the supply of water. As the tubes are in the field, it becomes difficult for farmers to know about the blocked holes. 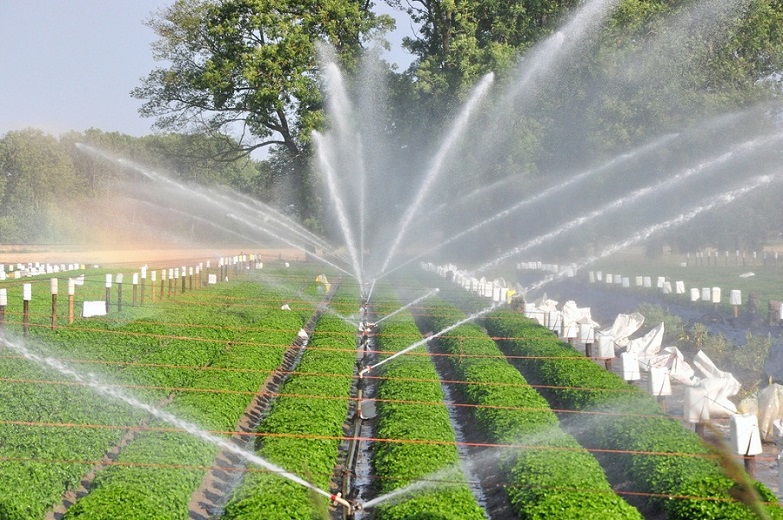 The sprinkler systems mimic the natural irrigation that is rain. The sprinklers are fitted in a way to sprinkle the water above the crops. The network of pipes distributes the water to the entire field and carries it to the sprinklers that spray it over the plants.

The main pipe and sub-pipes are installed in the field permanently, and farmers cannot shift them afterwards. The permanent sprinkler irrigation system is suitable for the area with canal irrigation where the water is available for limited time. You can shift the network to a different field but the process is quite expensive.

The semi-permanent method involves the fitting of the main pipeline under the soil, but the network of branch pipes is kept outside the field. Farmers can change the branch hoses to irrigate different areas of the field.

In this system of sprinkler irrigation, the entire network is temporary and above the ground. It is easy to change or transfer the pipes as per the watering requirements. The arrangement is less expensive, but it needs more labour to change the network.

As the name suggests, this system uses pots or pitchers for watering the crops. The method is useful in the areas that receive scanty rainfall. The pitchers with holes are placed in the field up to the neck at equal distances. The water is filled in these pots using a hose and the water seeps into the soil through holes in the pitchers. The method is used as a cost-effective alternative to drip irrigation. Pot irrigation is suitable for areas with a scarcity of water and unleveled fields. 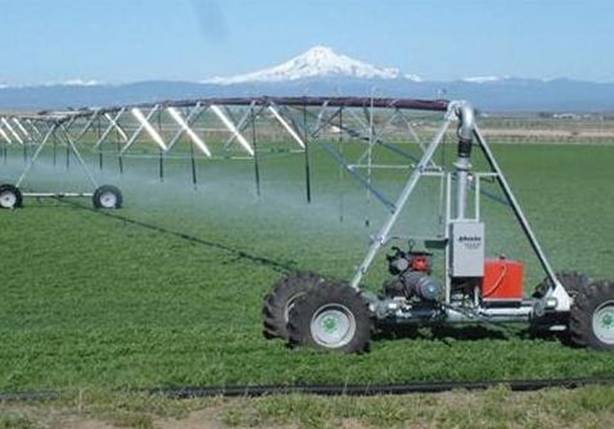 In the lateral irrigation, there is a network of pipes and sprinklers that can move in a linear motion to water the crops. The system runs manually or with the help of a motor. It takes the water from a source and supplies the water to the plants through sprinklers. The lateral moving and centre pivot irrigation system requires a constant supply of water from a source to water the fields. The ONGA pumps Brisbane are used for lateral irrigation in Australia.

This method is the same as the lateral move irrigation, but the arrangement of hoses and sprinklers is circular. There is a central pole, and the entire system connects to that pole. The network of pipes and sprinklers moves in a circular motion around the centre pivot. Center pivot irrigation systems are used in areas where lateral systems are not suitable.

The above methods are the latest techniques of irrigation that farmers and agriculture companies use for watering of crops. All the above techniques use limited quantities of water to promote water conservation and satisfy the requirements of agriculture in developing countries.

How Much Do Fabric Sleeper Sofas Usually Cost?

Gym Bag Essentials: What Do You Need to Bring with You at the Gym?