Unknown facts about the Qutub Minar

Qutub Minar is the pride of Delhi and a beautiful place to be. Those who love monuments of ancient age must pay a visit to this place. Planning a trip to Delhi? Here’s a list of facts you must be aware of prior to visiting the amazing monument:

Qutub Minar is tallest brick minaret in the world. The marvelous place has been declared as a UNESCO Heritage Site. The overall height of Qutub Minar is around 72.5 metres. The interior comprises of 379 stairs leading to the top.

The 73 meter high tower of victory was constructed in the year 1193 by Qutab -ud -din Aibak post defeat of last Hindu Kingdom of Delhi. It comprises of 5 stories. Each one is marked by balcony and tapers from the base measuring 15 meter in diagram and 2.5 meter right at the top. Red sand stone is used to build the first three stories. The 4th and 5th ones are constructed of marble and sandstone. 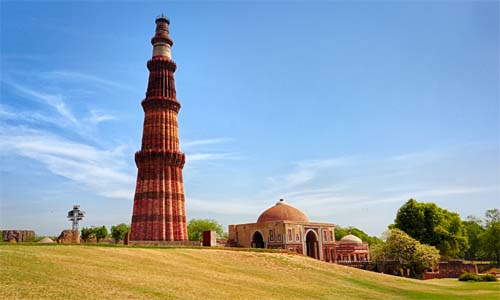 Other Attractions within Complex

Qutub Minar is impressively surrounded by a number of beautifully structured historical monuments including the following:

– The Tomb of Iltutmish

– The Tomb of Imam Zamin

All of the above listed monuments are connected with the tower and are an integral part of Qutub complex.

Lightning is said to have destructed the top floor of the minar. Thereafter, it was rebuilt by Firoz Shah Tughlaq. The floors of minar can be distinguished from the rest of the minar because they are constructed of white marble.

The general public was allowed inside the monument prior to the year 1974. Tourists could access the top of the minar. However, on December 4, 1981, around 45 people were killed in a stampede. The incident took place after electricity failure that plunged the staircase of towers into darkness. So, public admission to the inside of the tower has been banned.

Dev Anand, the late veteran Bollywood actor and director was keen on shooting popular the song ‘Dil Ka Bhanwar Kare Pukar’ inside the monument. However, the cameras were too big to fit inside the narrow passage of tower. Finally, the song was shot inside a replica of the tower.

Sturdy and Alive Since Two Milleniums

Did you know the famous Iron Pillar inside the complex of Qutub Minar is standing tall since two thousand years? It hasn’t experienced any rust which is unbelievable. So make sure you relish this visual treat next time you plan Delhi Taj Mahal tour.

A lot of people are unaware of the fact that the first mosque to be built in India stands right next to Qutub Minar. Known as Quwwat-Ul-Islam, meaning “The Might of Islam Mosque”, the religious monument is one of the star attraction for historians and ardent tour lovers.

It is believed that Ala-ud-din Khilji aimed to construct another tower similar to Qutub Minar. This time, he wanted the monument to be twice as high. The construction started and by the time he left to heavenly abode, the tower had just reached 27 metres. Thereafter, no one wanted to lay their hands on the overambitious project. The incomplete tower is referred to as Ala’i Minar. It stands towards the northern side of the famous Qutub Minar and the mosque.